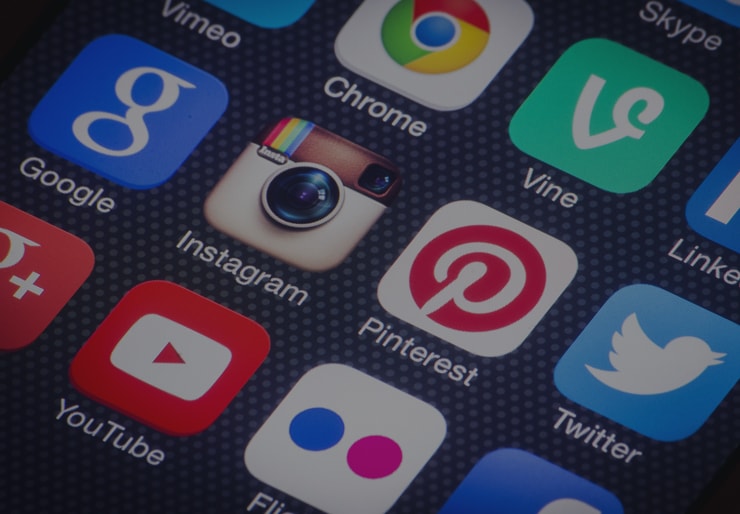 There’s so much on the horizon in the social media arena in 2018, and indeed it’s poised to be one of the larger single annual departures we’ve seen for a while.

Social media platforms have now been adopted on a large enough scale, and for a long enough time, that companies are really starting to hit their stride, settle in, and manifest into some sort of measurable final form. Time spent on social platforms is set to increase, with social media marketing following in concert.

Instagram Stories is a big deal and they’re not going away. We wrote about it here; check it out if you missed it. Daily viewers of Instagram Stories surpassed daily SnapChat viewers just one year after launch, and the growth isn’t stopping.

Instagram Stories was likely the biggest single change in the Instagram UX, and its marketing implications are huge.

A huge deal with Instagram Stories is this: accounts with over 10,000 followers can now add a link within the feature. Considering the fact that the only other place you can put a link on Instagram is just the one buried on your profile page, this is a huge deal, as it multiplies buying or inquiry opportunities by orders of magnitude.

Instagram Stories in particular will be relevant from a marketing perspective because, compared to other transitory video platforms, Instagram metrics are eminently trackable.

A final note on Instagram Stories: Their foundation is social media engagement gold. Video drastically outperforms all other forms of content on every test.

Influencer marketing is big business — a billion dollar industry by some counts. There is an exhaustive list of micro-celebrities who earn six figure incomes. And this isn’t a fluke. Influencer marketing is uniquely keyed to exploit certain facts about a growing number of buyers.
As Millennials advance their careers, and Generation Z starts theirs, an enormous population’s purchasing power is increasing swiftly and starkly. These two groups — who, combined, literally comprise most of the world’s population — are uniquely influenced by this marketing method.

We’ve mentioned Generation Z in both of the previous topics for good reason.

RetailDive had this to say about Generation Z and their associated social media trends:

Furthermore, 81% report watching at least one hour of online video per day, or more, according to a study by Fluent, covered by AdWeek. Combine these facts and realize that droves of Generation Z will graduate college and/or start careers next year, and you start to see the powder keg.

This is a department where overseas is leagues ahead of the United States.

What do you know about WeChat? They’re a wee little Chinese messaging company . . . errr, one that’s looking to cross 1 billion users this quarter. WeChat and WhatsApp are absolutely ubiquitous across either ocean, reaching across many different functions to dominate social media, direct messaging, and even purchasing and commerce.

There’s a simple reason this is going to catch on in the US: It’s good for business. Every year more and more buyers are Millennials and Gen Z, and fewer and fewer are older. In case you’re not aware of these people’s overwhelming preferences when it comes to talking to a company, we’ll illustrate in their native language: 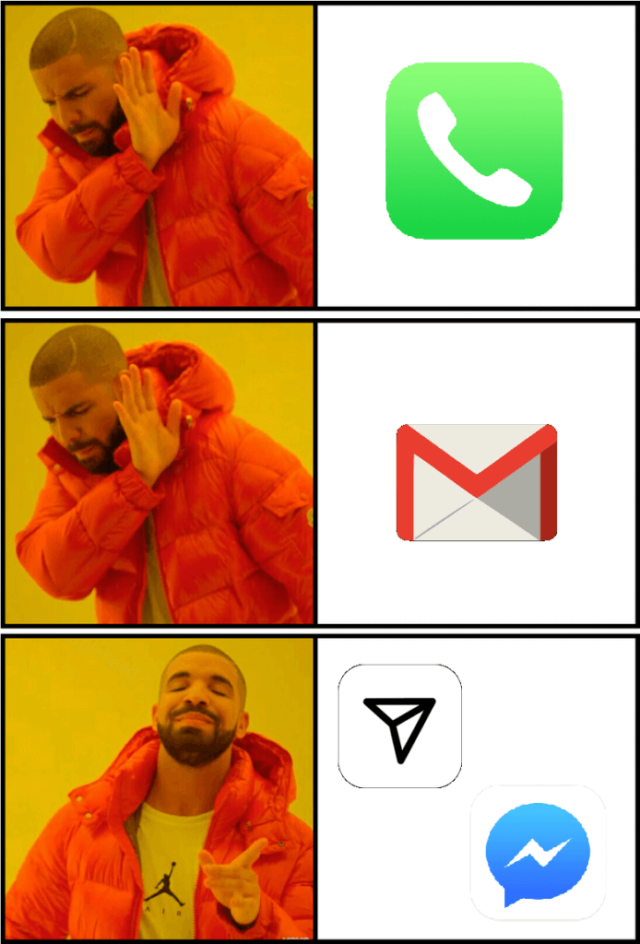 Live streaming isn’t about live streaming. At least not in the way we’re going to be talking about it. You’re going to see a lot more of it in 2018, and the people who do it well will be fully with the times and accelerating. Its prevalence will increase because it works.

But there’s something more at work here.

It’s actually about technology. We get better phones every year. Does that mean that we’re running the same apps better? Sometimes. But once the technological baseline of the average user has clearly moved up a notch, it becomes about making more robust apps that do more and fully take advantage of that new technology.

The smartphones of today are better than what we used to have by orders of magnitude. Furthermore, our data speeds are better, and are poised to make yet another insane leap in the next few years when 5G becomes the standard.

Live streaming is a medium or implementation of social technology that’s uniquely positioned to take advantage of hardware improvements for the next several years. The resolution of an image the size of a phone screen can only get so good before you have to zoom in to see a difference.

But better video processing across the board means all devices involved can handle more streaming at a better quality across more channels at the same time. This is such a huge change that it’s possibly unclear that anyone is even capable of fully understanding the ramifications.

And they themselves might not even know how just yet.

Twitter has been slowly circling the drain, in some respects, for a long time now. 2017 pulled no punches with the social network, either. Twitter needs to make some big changes to stay relevant, as its growth is the slowest of all the major social media platforms.

Online hangouts go hand-in-hand with the live streaming trend, and with Generation Z. Consider Houseparty — an app for multiple friends to essentially FaceTime with each other in a group setting.

Houseparty made quite a wave in 2017 with rapid growth, and hit its stride well enough to inspire copycats, including perhaps an effort on the way coming from (no surprise here) Facebook.

The online hangouts trend is also going to intersect with VR. Sure, everyone promised everything this year with VR and AR, and all that ultimately came of it was two weeks of Pokemon GO. (That is, two AWESOME weeks! Man, wasn’t it awesome?)

But this year actually has the potential to be different. Many promising programs have another year of beta testing still left under their belts, but the technologies are improving in exciting ways. Once again, Facebook is at the epicenter, with Facebook Spaces.

The last year or so has forced the hand of several tech and social media titans to intervene and play a more active role in content moderation. Those maneuvers, in retrospect, felt more like damage control than any sort of final solution.

We’re likely going to see companies revisit this in a more significant or longer-lasting way, and definitely more proactive than reactive.

As leveraging social media outlets for marketing first took flight, some were dubious of their staying power. The years since have changed skeptics into believers, and what’s on the forefront will clearly and easily amplify the channels’ relevance even further.

2018 social media trends predict that time on social media platforms will increase. This means you will need to improve your online presence in the year to come.