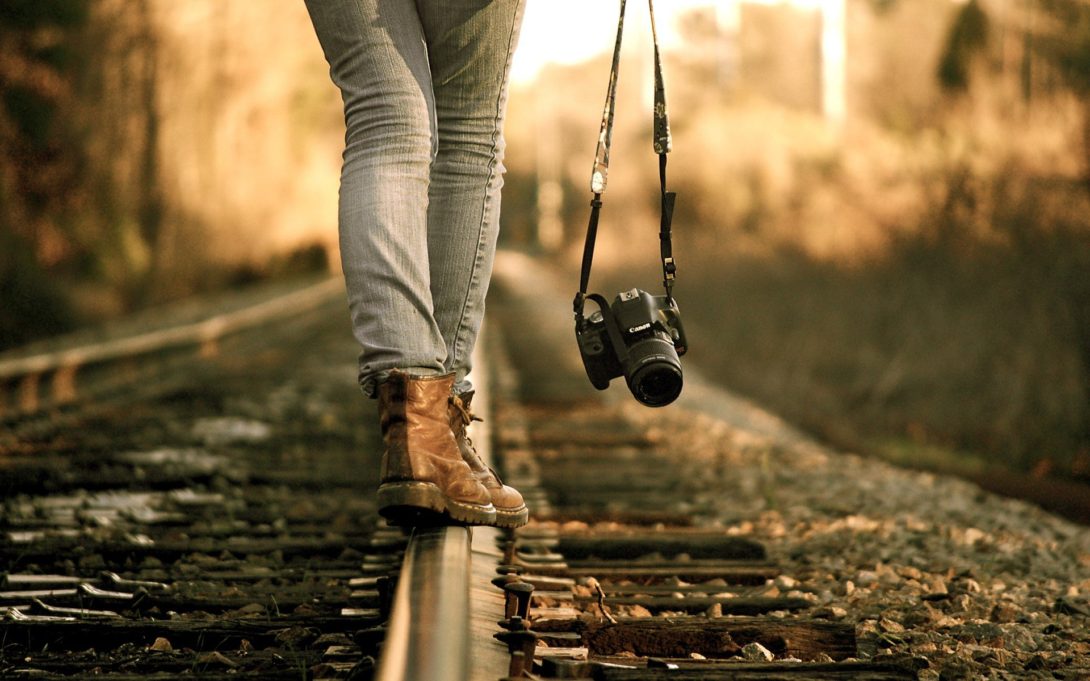 10 Common Mistakes Made by New Photographers

Please keep in mind that all of these common mistakes can also be advantages when done well and with purpose. This article is not about those times, but is an observation about how often I see them done the wrong way. As a photographer, you need to build the right foundation of skills before you can successfully veer away from them.

The Most Common Technical Mistakes

1. Colors are too strong or unrealistic

Unrealistic and strong colors are often a fantastic creative choice. However there is a noticeable difference between when it is done purposely due to experience, and when it is done through lack of knowing any better or poor color management.

The first thing you need is a good monitor that is color calibrated. Without this, you are working on your images blind. I see photographers share images that look good to them on their screen, but they look off to everyone else. This is because their screen is the problem. How can you retouch an image if you can’t see the true colors or tones?

There is also a common tendency of newer photographers to try to make their photographs look like paintings. Once again, this can be done well, but the way I usually see it done is where people raise the saturation slider way too far. It may make the colors stand out more on a monitor and be more noticeable as a thumbnail in Facebook, but it just makes the image look fake. In a print, the colors will end up even more extreme than they do on a monitor. When you print images with natural and subtle colors those colors will look incredible and much stronger than you think. This look can sometimes be hard to notice on the monitor.

Instead of raising the saturation slider, find images where the natural colors in the scene are already strong. Find a subject that is a bright color surrounded by muted tones. Shoot at the golden hour to let the colors naturally gain strength. Instead of raising the saturation slider if you want the image to feel like a painting, overlay a specific color onto the image. Or try creating a moody image with subtle and natural color, print it out, put it on your wall, and shine some light on it and you will see how powerful that subtle color can be. That can feel like a painting too.

2. Shots are not sharp enough

Intentional blur can be gorgeous, but to be a good photographer you need to have control of your sharpness. If you are doing a portrait, the focus point should be on the eyes. The eyes need to be the sharpest part of your image, not the nose or the ear. Also, pay attention to back focus in certain situations. This is where the camera’s focus will miss what you are aiming at and instead focus on the background behind it.

To achieve sharpness and reduce handheld camera shake, your shutter speed needs to be at least one over your focal length. So if you are on a full frame camera with a 50mm lens, the shutter speed would need to be at least 1/50th of a second (and probably a little faster to be safe). On an APS-C sensor a 50mm would be the equivalent of around an 80mm lens and on a micro-4/3rds camera it would be the equivalent of a 100mm lens, needing 1/100th of a second shutter speed. If you are freezing motion you need an even faster shutter speed. For people moving at average speeds, I prefer 1/320th of a second.Think about raising your ISO sometimes to get sharper shots, particularly in darker lighting situations, but also sometimes during the day. A higher ISO will allow you to use a faster shutter speed and a smaller aperture, such as f/16, to ensure that your entire image will be in focus.

3. The composition is off

If you are Garry Winogrand then you can skew your images purposely for that energetic effect. However, I notice many photographers struggle to get their images straight. Look through the viewfinder and find a frame of reference to straighten your image. Maybe it’s a lamp post or a sidewalk or a tree. Pay attention to when the camera might be slightly lower on the left or right side. Often it will be the same side consistently for you and it’s just a tendency that has to be unlearned. Some people don’t even notice that their images are very slightly skewed when editing. Noticing and fixing the slight skew (crooked) can make a huge difference.

The other thing I notice is that a lot of photographers don’t pay attention to their edges. Put things in the edges of your frames when possible to keep a viewer’s eyes from moving off the print. This could be a tree branch, a fire escape, a building, anything. Cut off a part of an element and place it in the corner to help keep the eyes in the frame. Look at the right edge of the image above. It makes a big difference.

Sometimes compositions can be too simple. Simple can be good but not always. Take a step back and see if you can include more in the frame. Create more complex composition with more elements. That can make for very fun and engrossing images.

Also, a surprising number of people overly rely on either vertical or horizontal shooting. It’s good to have a preference, but when I see it in beginners it seems more like they are just uncomfortable shooting the opposite way. It’s not like they are shooting two verticals for every one horizontal, some are shooting six or more verticals for every horizontal, or vice versa. It’s not on purpose as they default automatically into that way of shooting no matter the situation.

Most importantly, I find that people will see something interesting, stop immediately when they notice it, click a few shots, and move on. It’s almost like a robotic move. Stop yourself when you see something interesting and take a few seconds to actively think about the best way to capture it. Horizontal or vertical? What is the best focal length and where can I move to get the best viewpoint? Are there other elements that I can include in the frame? How is the lighting?

Robert Capa once said it all, “If your photos aren’t good enough, you’re not close enough.” Don’t hover from far away like a sniper. Get in there close, and get in there with a wider angle lens. This can work for portraits, landscapes, or any type of photography. Sometimes it is best to get closer and capture what is most important, large in the frame.

5. Contrast, exposure, black and white levels are off

The overall tones in your image are vital and you need to get good at working with the contrast, exposure, black levels, and highlights. Always try to get the exposure as close to perfect as you can in the camera. I know you can fix it later and often you can do it well, but it’s just not the same as getting it right in the camera. Also think about whether your images might be too dark or too light.

Getting the contrast correct is tough. Be very careful about overdoing contrast as this is a very common mistake. You also don’t want to add the same amount of contrast to every image because the amount of contrast needed depends on the lighting that was in the scene. I notice both tendencies from photographers who use too little contrast or too much contrast. Sometimes this is the monitor’s fault but other time it is the photographer’s.

Having blacks and whites in your image are good things. Often you want some detail in the shadows or highlights but you want areas of white to draw the eyes in and areas of black to ground the image.

I’m not against HDR. I swear I’m not. I just see it overdone so much that it makes me want to cry. HDR can be done subtly, and it can look amazing when done right.

However, what I often see is HDR done to such extreme that the colors look far from real. It doesn’t even look fake, it just looks bad. There are absolutely no shadows or blacks, and no highlights or whites. I’ve seen entire images that are all middle tones!

You can take some detail out of the shadows and bring in the whites somewhat to get a better dynamic range. Try to find that fine line between realism and looking as good as possible. Retouching is about finding that fine line where an image works and not going over or under it.

Photographing beauty, light, and color is so important, but sometimes your images need some substance to them as well. Great photography is the merging of both form and content. If you can mix a beautiful image with an interesting subject matter, you have hit photographic gold. Think about subjects, ideas, or emotions that are portrayed within an image. Figure out what that substance is that appeals to you and develop it. Think about what your voice is and develop it.

8. Photographs are not consistent enough

You can photograph many different subjects and you should try different styles, but organize these subjects and styles into cohesive groups. Try to give these groups a consistent look with an overall feel and related content. Consistency is developed with experience, so the more you photograph, the more you will start to think about it. Pay attention to the flow of one image into the other.

9. Too many travel photos and not enough close to home

If you don’t want to lug your camera around then use a phone camera. Phone cameras are pretty good. Schedule some time every week, even if it’s only 20 minutes or during a lunch break, to photograph somewhere, anywhere. Photograph in the parking lot, on the corner, at the market. I promise you that there will be interesting subject matter there if you look. But you have to go out and take the time to look.So many people say to me that they only photograph when they travel. I don’t care where you live, or how busy you are, it’s so important to photograph where you live.

It’s fine to take a lot of photos. It’s fine to show a photograph a day if you shoot a lot, but edit your work down to the best. Nobody has the time to wade through a million photographs to find the gems. They will miss the gems if they have to look through too many mediocre images.

We all take mediocre images but the best photographers do the best job at hiding those images.  Do your viewers a favor and pick out the gems for them and only show those. You want people to want more rather than wanting less, because if they want less then they’re probably not coming back.

Do you have any other mistakes you think should be added to this list? What are you guilty of,  and willing to admit it?