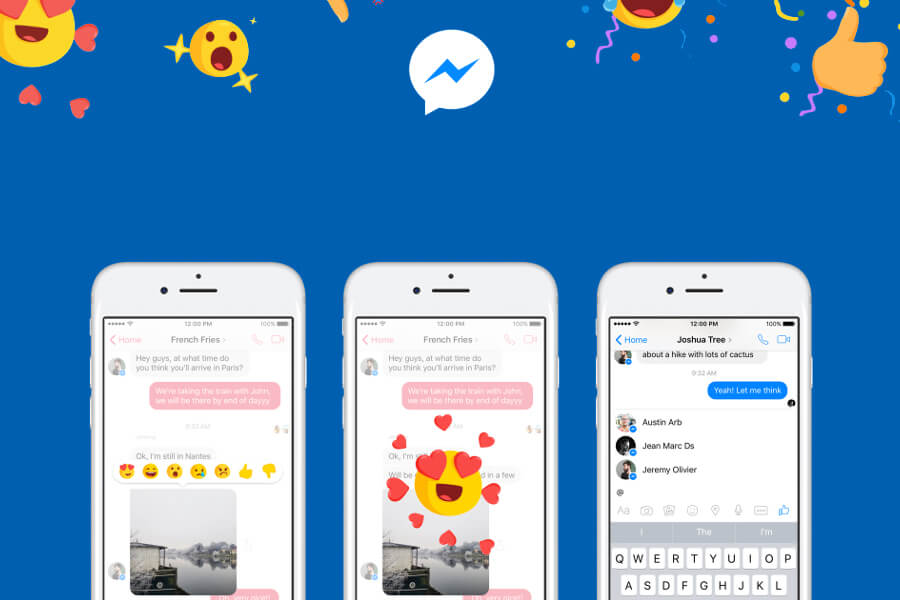 Facebook is adding two new features to Messenger: reactions and mentions. Reactions let you respond to any individual message in a chat with various emoji (just tap and hold to add a reaction, just like you would for a post on your Facebook feed); while mentions lets you @ someone in a group chat, which sends them a direct notification.

As with reactions on your News Feed, anyone can see who reacted to what message with what, and you can add a reaction to anything — even other emoji if you want to get meta. As for mentions, Facebook says the feature will let the person who is tagged “jump right back in to the conversation to answer someone’s question or to provide a response.” So, you know, this is basically a feature for hassling friends who are nominally present in the group chat, but definitely not paying attention.

And while Messenger app is adding features to make it more like Facebook proper, the main Facebook app is experimenting with a new comment system that looks more like Messenger. Who knows, perhaps after unbundling chat from Facebook, Facebook wants to bundle them back together? That makes no sense of course, but at least they’re not putting Stories in another app.