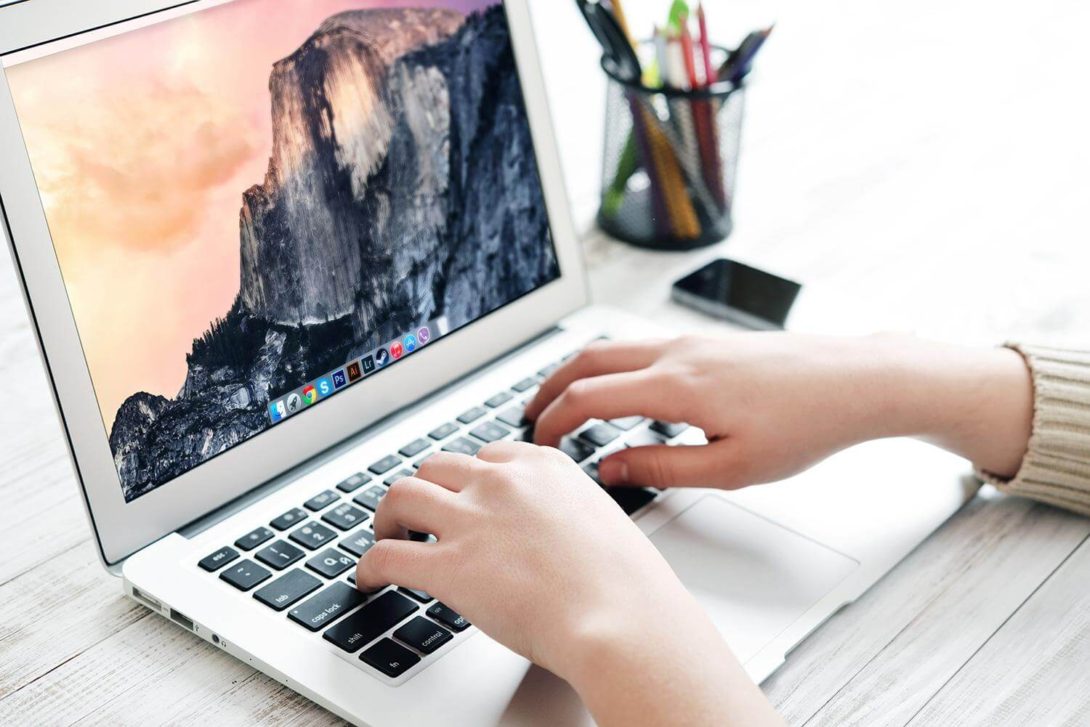 Creatives looked on with suspicion when Apple debuted the new MacBook Pro. On stage, pro apps were demoed by people tapping and pawing at a little strip where the function keys used to be. How we laughed. No actual professional would ever use that in the real world!

And then we got hold of one.

It turns out the Touch Bar is an interesting and genuinely useful method of boosting efficiency – a kind of ‘third way’ that’s more smart keyboard than tiny touchscreen. For creative apps, that means putting more tools and control right at your fingertips – as this great selection shows…

Adobe’s powerhouse splits touchscreen support into layer properties, brushes, and favorites (user-configurable buttons to perform actions like flipping documents and triggering full-screen). Brush properties (such as size and opacity) can be updated live, so you needn’t frequently move the cursor to menus. And the history scrubber handily offers visual previews of each step.

Serif’s vector drawing tool puts all kinds of options in the Touch Bar. Using the Pen tool? You’ll get node conversion and action buttons. Working with shapes? Adjust a rectangle’s corners with a tap, or a triangle’s skew with a slider. All these options are of course found elsewhere in menus or toolbars, but having them right at hand is a time-saver.

Much like Photoshop, Affinity Photo’s Touch Bar smarts really become apparent when you’re making subtle adjustments to brush settings live, while using your other hand to control the cursor. Elsewhere, Touch Bar support in Serif’s app is more full-featured than in Adobe’s, with tappable commands available for almost every tool.

Touch Bar support in djay Pro brings a little of the tactility of DJing to Mac notebooks. You get manual control of the crossfader, a visual waveform of the current track to scrub, the means to set marker points, and access to effects. And if it all gets a bit too much, fire up the sampler and repeatedly hit the Foghorn button until someone makes you stop.

Touch Bar support in Apple’s pro video editor is mostly about making important functions more accessible. You can make trims, loop changes, and adjust audio volume and fade effects. With the timeline view, you get an interactive display of your entire project.

Stuck in consumer land with iMovie? Apple’s less generous there, but you do get playback controls, a split button, and a clip volume slider.

As with the video editors, Touch Bar support for Apple’s music apps depends on whether you go pro. With GarageBand, you get level sliders for track volume and Smart Control dials/switches. But Logic’s implementation has timeline navigation, surfaces hard to reach controls, enables you to assign pretty much any action to a Touch Bar button, *and* offers virtual keyboard ivories to tinkle and drum pads to tap.